The Story of the Human Race, by David Yeomans

The Story of the Human Race

The curve of the bright new planet below took her breath away, even now, a year after they arrived. Somewhere down there, she imagined the Hub, rising towards the stars. It was too small to see from orbit, but the little city of expatriate Earthers reminded the universe that humans would survive. Ellen felt a swell of pride despite her detachment and pushed her face closer to the observation port. She bumped her forehead on the inner plastic layer and recoiled. A patch of grease now marred the view. She tried to wipe it off with the cuff of her flight suit, but it just grew bigger and messier.

She floated back from the window and returned to the book on her little green tablet. It was about Earth; the old place her great-great grandparents had left behind. It had looked nice, she thought, before the warming and the wars that prompted the Diaspora. Colony ships like hers had ventured out into the galaxy looking for planets and moons where human life could continue. Such a grand undertaking! Ellen wondered if any other ships had made it to their destination. In school, she’d learned that they only had a 5% chance. Ships could collide with asteroids, break down or simply run out of fuel before reaching their destination. She and her ship had made it. They were the lucky ones.

‘Do I have to come up there and get you?’

The voice of her brother, Councillor Burns was annoying, but Ellen couldn’t disable the intercom. She’d tried, but the ship always restored the voice link. Where were her earplugs?

The shuttle grappled her ship the following day. It clanged against the hull. Ellen felt each docking clamp lock on as if it was biting into her own body. She rubbed her arms and winced. She felt at one with the ship. She had been born here and floated in its zero-g amniotic space all her life. Then came the Deceleration. Oh, yes, that deserved a capital D! Nothing could have prepared her for the violent tug of ‘g’. Everyone else cheered as they slowed. We’re here at last. The future our ancestors dreamed about. They did their exercises with gusto and gobbled their calcium tablets, but Ellen had a bad reaction. Her head drained of blood and her brain slowed down. Her arms and legs refused to move. Her bones hurt for months as the steady Deceleration took hold of her body and crushed her spirit. She could never go through that again, so she stayed on the ship when it finally achieved orbit. She couldn’t possibly survive a life with gravity. Freefall was wonderful.

‘Hello, Ellen,’ the Councillor said, pulling himself through the hatchway into the ship. He moved awkwardly through the vessel he had abandoned a year ago for the Hub colony below. He could function in the grip of gravity, like every other colonist. She was the odd one. His body had filled out while living on the ground. Ellen thought he was quite the brute now, like an Earth gorilla from the natural history books. They hadn’t brought any gorillas with them – just small creatures that could cope with weightlessness – chickens, rabbits and fish.

‘Ellen. The Colony Council has decided to land the ship.’

Ellen laughed. ‘Don’t be silly, brother. Remember the Colony rules: The ship must stay in orbit. It’s a resource for the future. It’s not designed to ‘land’. It would be destroyed.’

‘Nevertheless, sister, you have to come back with me on the shuttle.’

‘No!’ Ellen said, holding her book tightly. I like it here. I’m not causing any harm!’

The Councillor floated to a wall and activated stick pads on his boots. He seemed more comfortable relating to plane, thought Ellen. She floated at a different angle and the Councillor looked perturbed.

‘Ellen, you’re upside down. Would you mind spinning round?’

Ellen did as the Councillor asked.

‘Thank you,’ he said. ‘Ellen, we have decided to crash the ship and use its raw materials for building. We know it was never part of the design of the mission and we’ve held back because of your… problem, but we need to move on. The Colony rules are from another time. We are the future now. Twenty children have been born since we settled on the planet. The Hub needs this ship on the ground. You have to come back with me.’

I can’t go down there, Ellen thought, I’ll die. No! No way! She pushed herself past the Councillor towards the docking bay door.

The big ape could not move as fast as Ellen. She flew to the docking controls and stabbed at the release button, but nothing happened. By rights, the clamps should have liberated the shuttle and blown it away with a puff of compressed gas, but the flying machine gripped resolutely onto the ship with its talons. Ellen spun round, eyes wide with panic. She saw the Councillor floating slowly towards her, arms held open, conciliatory, an apology across his face.

‘Relax, Ellen. I knew you would find this hard. But we have to do this, for the greater good.’

Ellen unclipped her book, threw it at the Councillor and squirmed around his bulky body. Councillor Burns reached out and caught her foot, but Ellen shook it free, leaving him holding her thin cotton sock.

What can I do? Where can I go? she thought. Her vision narrowed. Her chest thumped with the unaccustomed exercise. She rushed to the control room. When Councillor Burns caught up with her, Ellen hovered over a panel containing a big red button under a locked, clear plastic cover.

‘Is this it, brother?’ Ellen asked. ‘It looks important. Does this send the ship down to the planet? I won’t let you use it.’ She began to hack at the plastic cover with a spanner. Perhaps if she could break it off, and remove the button within, the ship would be safe.

‘Please don’t do that, sister,’ said Councillor Burns, his arm outstretched towards her, ‘I can start a countdown to give us time to get to the shuttle, but if you set that thing off accidentally, we’ll both be in trouble.’

‘I don’t want to leave,’ Ellen shouted, smashing at the plastic cover.

Councillor Burns flinched. ‘Please, Ellen, stop! I have to start the countdown.

Ellen cracked the cover and flung it away. The red button was exposed. She gripped it around the edges and pulled upwards.

‘Ellen, no!’ the Councillor said, ‘Let me explain!’

‘I won’t go!’ Ellen shouted. Sweat was pooling on top of her head. She hated that feeling, but there was no towel nearby to soak it up. She flicked the sweat from her hair. Drops whipped away and drifted. Ellen paused, panting. The button would not come off. She picked up the spanner and held it out towards the Councillor, snarling, ‘Don’t come any closer!’

‘Fine,’ said the Councillor, holding his hands up. ‘You win, but think how selfish you’re being. This is a big ship for one girl. There are hundreds of people in the Hub who can benefit from the materials on board.’

‘You’re a vandal! The ship is a resource for future generations! All our cultural records are here. At least let’s download them fully. And what if we ever want to move on and find another planet? There’s no need for this! Come back another time.’

‘I can’t do that, Ellen. There’s not enough fuel in the shuttle for another trip. This is it. The Council has agreed it. I’m a Councillor and we’re family, Ellen. Please don’t undermine me, sister. The decision has been taken.’

‘What about me?’ screamed Ellen. ‘Don’t I get a say?’ She smashed the spanner into the control panel, just centimetres from the big red button. ‘I’ll die if I go down there, I know it!’

Councillor Burns pushed himself off the wall towards Ellen. She threw the spanner at him. It missed and he grabbed her in a bear hug. The spanner bounced off the rubberised walls.

‘Don’t do it!’ Ellen gasped in desperation, ‘The ship must stay in orbit.’

The spanner twinkled off the ceiling and changed course.

‘The Colony rules are history, Ellen. Stay still, so I can start the countdown.’

The spanner rotated slowly as it moved along its trajectory. Neither Ellen nor Councillor Burns took any notice until it landed on the big red button, which snapped into the panel and remained there. The ship shuddered. Retro rockets fired. The planet leapt up towards the control room viewing window.

The Councillor released Ellen as the ship lurched. ‘Go!’ she shouted, ‘Get back to your shuttle, brother! You can have your building materials, but I’m not leaving. I’d rather die than go back with you!’

‘She fired the thrusters!’ shouted the Councillor, gripping a bulkhead to steady himself.

‘But you’re still on board!’ The voice on the intercom was incredulous. ‘You didn’t start the timer!’

‘Go!’ shouted Ellen, ‘Get to the shuttle, quickly.’

The Councillor sagged, but it wasn’t the ship’s insistent acceleration that squashed him. Ellen thought she heard him swear.

‘I didn’t start the countdown timer,’ said the Councillor, looking past Ellen at the planet rushing towards him. His eyes filled up, shining with reflected world light.

‘So the timer delays re-entry, to crash-land the ship a safe distance from the Hub colony. The colony is the reference point. Now the thrusters have fired, there’s nothing I can do to change course.’

Ellen felt her guts contract. She raised both hands to cover her mouth and her eyes opened wide with the realisation of what was about to happen.

The Councillor choked out his words, ‘Without the timer, the ship will land directly on top of the colony…’

Ellen wanted to vomit, but couldn’t. A lifetime of zero-g training stopped her.

They’d had a 5% chance and they’d so nearly made it.

A grand undertaking, defeated by greed and anger.

All that effort, across so many generations.

All that life, extinguished in a moment.

The story of the human race.

This is a Hubris and Nemesis piece (The words are hidden in the text). It is a commentary on how human endeavour fails when pride and incautious ambition overcome sustainable activities. My influences are from my work. I see elites at work dismantling tried and tested structures that benefit many, in pursuit of novel goals that enable only a few. This story is an inversion – to benefit the many – but by departing from the established rules without a plan for unforeseen repercussions, the council creates catastrophic results for all the colonists. Support for the one disabled person on the mission could have saved them all.

The story is a small-scale apocalyptic piece that has a theme familiar to readers of T.S. Eliot’s The Hollow Men – the failure to achieve fulfilment.

Subconscious influences are Ray Bradbury’s The Martian Chronicles and the generally limited cheeriness of Philip K Dick’s stories. I gave mine a grandiose title to fit with the prideful theme. I also stepped over the word count by 213 words, which is my hubris. 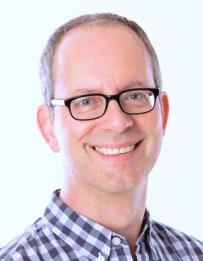 David joined the MA Creative Writing at York St John to begin a second career as a writer. He is retiring as an NHS psychiatrist this year. His work experiences inevitably drift into his writing.  david.yeomans@yorksj.ac.uk