Living on the High Frontier: Designing Humanity for Life in Space, by Darryl MacGregor

All species are stunningly well adapted to their environment, so well adapted, in fact, that most are unable to deal with even the slightest changes to that environment. The species Homo sapiens evolved on Earth, and is so exquisitely suited to that environment, that even changing the wavelength of the light we receive or the cycle in which we receive it can have far-reaching psychological and physiological effects. As we spread away from Earth we will quickly realise that the forces of evolution have adapted the human being to exist within only a very narrow range of environmental conditions.

What would be the effects of light from a different sun falling through a different atmosphere onto a planet in a different orbit on the humans struggling to survive in this new environment? If a planet is conducive to human life it also likely have indigenous lifeforms, and, unlike many popular culture versions of aliens, these will be truly alien. Will we be able to co-exist in this alien biosphere or will it overwhelm our biological defences? Will the biological defences of the indigenous species cope with the terrestrial microorganisms that we need to survive?

Exo-planet searches have found over 4000 candidate worlds; some are vastly different from Earth but some are rocky worlds orbiting a suitable star at a distance likely to allow liquid water to exist. However, Earth-like does not mean human compatible; we know of only one human compatible world. So, how will humans cope with the vastly different environments to which they will be exposed?

Terraforming, a word first coined by Jack Williamson, writing as Will Stewart, in the 1942 story ‘Collision Orbit’, is a currently popular idea to enable the colonisation of space. The idea of terraforming quickly took hold, possibly appealing to the can-do engineering-based attitudes and pioneer spirit of the mainly American writers, readers and scientists, and became a stalwart of science fiction. In most stories terraforming was the way of spreading man’s dominion over the galaxy as part of our species’ manifest destiny.

Mars is the obvious candidate for terraforming; it is close, has a thin, but usable, atmosphere and is apparently devoid of life. Many methods have been proposed for terraforming Mars, but few have considered the costs, and not just the financial one, of altering the constitution of Mars completely.

In Bruce Sterling’s story ‘Sunken Gardens’ a genetically modified ‘Shaper’ girl called Myrasol describes the terraforming of Mars: “Life had not come easily to Mars. For one hundred years the Regals of Terraform-Kluster had bombarded the Martian surface with giant chunks of ice. This act of planetary engineering was the most ambitious, arrogant, and successful of all the works of man in space.”

It is the arrogant aspect of terraforming that raises the most difficult questions. Do we have the right to change the environment of another world to suit our narrow biological needs? If we succeed in altering the ecology of a planet to be more Earth-like, will it be Earth-like enough? What potential lifeforms, and possibly intelligences, could be destroyed by the terraforming of a world before its native biosphere can give rise to some form of life? Surely it would be easier, and more moral, to leave planetary biospheres to evolve naturally and either colonise them as they are or colonise space-borne habitats. In either of these cases the ‘natural’ human will not fare well. Our knowledge of long-term exposure to living in space is very restricted. Currently the longest time spent in space is just under a year and studies of astronaut Scott Kelly revealed changes in his physiological and genetic make-up. What effects would a much longer, or even permanent, stay in space have upon a human? What effects would a longer voyage, away from near-Earth orbit have on a crew? This would be a totally unknown experience for humans, and it is relatively safe to speculate that baseline normal human beings will not fare well under these conditions. The obvious answer to these problems is to change the humans to fit the new environments they will inhabit.

There have been advances in modifying humans with technology to create cybernetic organisms, or cyborgs. Much of the research into cyborg technology is related to warfare; either producing methods for enhancing the performance of troops or enabling fuller lives for badly injured servicemen. It is no great reach to see this technology being used to enhance human beings for long-term spaceflight. Another, currently far more controversial alternative is adapting humans through genetic modification, and the technologies required for this level of modification are being developed. One of the leading new technologies is CRISPR gene editing. This technique allows the target DNA sequence to be altered in such a way that the change will be maintained through the life of the subject, and inherited by their offspring. Genetically modified humans have already been created using this technique, which has led to calls for a moratorium on the use of these techniques until the ramifications are more fully understood.

One of the major problems with inheritable changes in the genomes of complex animals are the potentially unforeseen effects of a permanent change in the genetic material. Making the required set of alterations in the genetic structure of a human to produce only the desired characteristics requires a far greater understanding of the interactions between gene products during development than we currently possess. However, many of the techniques being developed for large-scale data analytics and the recent advances in machine learning algorithms provide some hope that the complexity of genetic interaction during human development can be fully understood, albeit only by computers. Then the creation of human beings tailored to new environments will be theoretically possible.

Genetic modification of humans for life in different environments has a long history in science fiction. The first notable work to feature the forced evolution of mankind is ‘Last and First Men’ by Olaf Stapledon. The book tells the story of mankind’s engineered evolution through eighteen different subspecies over two billion years, and although not a novel in any traditional sense, Stapledon’s work in this, and the later ‘Star Maker’, is a truly mind-expanding experience.

Genetic modification of humans was popularised by James Blish in the fix-up novel The Seedling Stars. In the book he coined the term pantropy – the process of adapting humans through genetic and/or cybernetic means to thrive in environments otherwise inhospitable to them, such as outer space, the deep sea or other planets. In the chapter ‘The Watershed’ the adapted human Hoqqueah gives a lengthy, eloquent explanation of the benefits of engineering human beings into different forms for different environments: “Man exists now in so many forms that there’s always a refuge somewhere for any threatened people. That’s a great achievement – compared to it, what price the old arguments about sovereignty of form?” He later continues, “Using pantropy, man has seized thousands of worlds that would have been inaccessible to him otherwise. It’s enormously increased our chances to become masters of the galaxy, to take most of it under occupation without stealing anyone else’s planet in the process.  An occupation without dispossession – let alone without bloodshed.” Though the book introduces the fascinating idea of pantropy and raises questions about how the baseline humans view the adapted men, it is still drenched with a pulp sensibility.

Samuel R. Delany’s Nebula Award winning short story ‘Aye and Gomorrah…’ explores modified astronauts and the problems their modifications have caused them, but the focus is not upon the genetically altered spacers but on the effects they have upon the unaltered humans they encounter and the sexual behaviour that has grown up around them. Delany’s bravura opening paragraphs, like scenes from an early Jean-Luc Godard film, perfectly define the society of these new humans and lead us into an exploration of the effects the modified astronauts have upon society.

These two approaches force us into thinking about the effects of genetic engineering on the human species on both the engineered and the non-engineered, although it is correct to ensure that we understand the full ramifications of this technology, something we singularly failed to do with the widespread use of carbon fuels. It is also correct to embrace new technologies that will allow us to expand mind into the larger universe. To the best of our knowledge the minds on Earth, and they may not only be human minds, are the only conscious, intelligent, communicating minds in the universe. It would be criminal to endanger something so precious as the survival of mind because of timidity or a belief that ‘there are things Man should not meddle with’.

The inhabitants of whatever colonies are established must remember that it is the contents of the mind that are precious, not the form of its container. 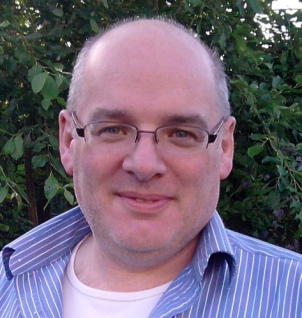 Dr Darryl MacGregor has a degree in Biological Sciences and Biotechnology, a PhD in Molecular Genetics and now teaches Cryptography and Cybersecurity. The pivotal science fiction moment for him was reading The Forever War and Dangerous Visions at the age of 12 and his boyhood hero was James Burke.