Aldous Huxley’s Brave New World (1932) has been read as a classic dystopia. It has many key features that have gone on to become central to the genre, such as a controlling structure that regulates work, social time and indeed even thought and a restrictive approach to physical and social development. The text considers the removal of many of the values that humanity holds dear, such as meaningful family and social relationships, independence and free will. The first chapter of the novel immediately introduces us to the shocking structure of Huxley’s future society, with the Central London Hatchery and Conditioning Centre presented as the epicentre of the layered social class structure, effecting control through the restriction of the babies grown in jars in the facility in terms of both their physical and psychological development. The image of babies grown in bottles and the desire to create uniform clones to maximise conformity to the regime is intentionally shocking (although scientifically edging nearer to being possible). This scientific, controlled and unemotional image sets the scene for the later ethos of the society of Huxley’s future. This is a society where ‘every one belongs to everyone else’, but very few are allowed the mental autonomy to consider what the ‘one’ is within this. To modern readers, this depiction of scientifically altered babies has sinister overtones of the eugenics programme of Nazi Germany, along with a fundamentally rigid class structure; the way it which it highlights concepts such as meritocracy and class movement clearly indicate that this society is far from ideal and merits a contemporary reading as a clear dystopia.

However, is also worth considering this work as a more direct response to contemporary versions of utopia and indeed, Huxley is not necessarily imagining the worst possible version of the future, merely what the full implementation of a set of utopian ideas would look like if taken to their extreme. As E. James has noted of utopias, they are often ‘a trenchant critique of contemporary institutions in fictional form’ rather than ‘a risibly impractical blueprint for a future society’ (James, 2003, p.220). The contemporary aspect that Huxley seems to be critiquing here is the very notion of a utopia and how this has been considered within the context of his era of increased mechanisation, interests in eugenics and the issues of the depression, as well as how these areas might be developed or dealt with to the benefit of society.  Huxley’s work draws upon ideas that he also explored in ‘Boundaries of Utopia’, written in 1931 (at the same time as he was writing Brave New World). He questions the idea of whether everyone within a society would be able to enjoy a utopian ideal – if, in fact, some of our enjoyment of freedom and the advantages of an advancing society lie within our ability to compare them to what other people have. He suggests that the only way to achieve the ideals of utopia would be to limit society and introduce ‘deliberate breeding’, as well as reflecting on the impact of technology on society.  As a way of considering a possible future in a (brave?) new world, perhaps this focus on the extent to which ideals could be stretched and twisted might act as a caution against extremes and an all-encompassing adherence to a limited model for social development and a reminder to reassess, reconsider and challenge any ideal image of the future. In fact, Huxley reconsidered his less than ideal future in Brave New World Revisited (1958) and was concerned at how quickly some of the things he feared were coming closer to becoming reality.

Thus, the notion of an ideal future needs to be considered to its fullest extent in terms of the changes, approaches and ideas that are implemented to get there. Societies need to ensure that dreams of an ideal future  do not take theoretical approaches and constructs to an extreme that ignores or forgets reality. Huxley’s approach would also suggest that we revisit our visions of the future, whether utopian or dystopian, to allow us to reflect on our contemporary society and our development, progress and approaches because ‘the dreams [and nightmares] that you dare to dream really do come true’ (Arlen and Harburg, 1939), or at least have the potential to come true if not considered, critiqued and challenged in fiction and reality, to awake a wider social consciousness of what the future should be. 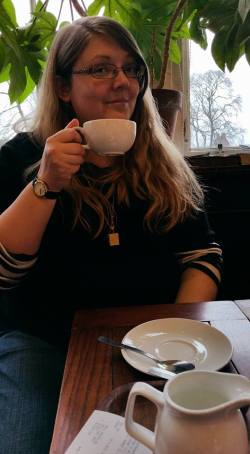