‘A Swiss Army Knife for the Soul’ – by Alan Clarke

When considering the future survival of the human race, and the possible necessity of leaving the planet to go elsewhere, much attention is given to the obvious and practical aspects of the equipment. It is clear that tinned food, filtration systems, space suits, medicines and a load of other stuff of advanced technicality will be essential. It is possible that hover shoes, ray guns, jet packs and teleports will also be needed. Some years ago, the famous pocket knife manufacturer, Victorinox, produced a design called the ‘Astronaut’ which had all the little bits and pointy things that the hardy souls of the Swiss space programme (no, really..) would (presumably) need on their missions into space (but what’s this?…no corkscrew?? Did the designers think that astronauts don’t like to party? Have they never heard of Buzz Aldrin?). I had one of these knives myself and, although I’ve not been into space yet, I have been known to party… for this, I would recommend the Swiss Army ‘Picnic’ version. Or possibly the ‘Tinker’.

However, it’s also equally important that our colonists are issued with a very different kind of equipment unless they are to descend into madness, confusion, fascism, savagery and downright bad manners. If our brave astronauts are to go, in the words of another famous Buzz (this time, Buzz Lightyear, of course) ‘To infinity… and beyond!’, they must have some kind of explanatory framework within which to understand what they are doing and where they are going. And this is serious stuff. How do we – on a metaphysical level – justify, ratify, comprehend or even explain this adventure? Situating the project of species survival and space colonisation into some kind of Darwinian scheme of evolution in a ‘selfish gene’ kind of a way is understandable but hardly helpful in providing the brothers and sisters of the mission with teleological meaning and (can I say this without sounding like some frightful hippie?) spiritual nourishment and purpose.

I think that humans really do have a need for explanation – part (or all) of which can be supplied through science, depending on one’s religious beliefs; it is paramount to understand ourselves as part of an ecology of systems (both biological and physical, microscopic and infinite) and it is of course equally essential to see where we fit into systems as varied as the Krebs Cycle, Newton’s Laws, photosynthesis and so on. But none of these are able to supply the equally essential metaphysical frameworks for the overall project. It is not enough to believe that ‘we are all made of stars / stardust’ as Moby and Joni Mitchell amongst others tell us. The colonists must be equipped with ‘meaning frameworks’ (for want of a better expression) which will enable them, not only to behave properly and efficiently on the journey itself and more importantly when they start building the social and indeed political matrix of the new society, but also to comprehend as fully as possible the scale and nature of their (our) relationship with the Universe; and this really is a big ask. The ‘meaning framework’ must be able to supply them with ethics and codes of conduct, but also with a way of appreciating the infinite scale of space and the flexibility of mind and spirit to react to…well, whatever’s out there.

Throughout history, and responding to a developing understanding of the natural world, some (or all) of the content of these ‘meaning frameworks’ has been supplied through various religious scriptures. Some (or all) has been supplied through the ongoing project of empirical science and some (or all) might be supplied through secular humanism. But whilst some (or all) of these might offer examples of ways to live and behave, only some (not all) offer ways of truly embracing the ineffable or the transcendent; which is arguably a primal human need. It was a human ‘need’ for pre-scientific societies to ‘explain’ comets, solar eclipses and even death in terms of an imaginary cosmology and it will also be for our space people when they encounter black holes, quasars , black dwarfs and all the other crazy shit out there. The only difference is scale – but what a difference…Whilst words are ‘life support systems for information’ according to Jim Al-Khalili and stories are ‘thought experiments’ according to Marina Warner, science fiction / speculative fiction is a kind of story through which ideas of any kind can be explored, evaluated and stored – from the zen-inflected beliefs of the desert-dwelling nomads of Frank Herbert’s Dune books, through CS Lewis’ Christianity and Gene Wolfe’s Catholicism, and on to the Sufi mysticism of Doris Lessing’s ‘Canopus in Argos’ series and the Taoism of Ursula Le Guin’s The Left Hand of Darkness. We could also consider the ‘psycho-history’ of Asimov’s ‘Foundation’ books and the shattered fragments of Darwinian science recited by the characters in Alfred Bester’s The Stars My Destination with their belief in “the arrival of the fittest”. Stories are indeed, as Kenneth Burke says, “equipment for living” and the stories which are going to be most useful for our colonists will be those which offer them explanation (so far as possible) and comfort (intellectual, spiritual, scientific..).

It seems to me then that our astronauts, in addition to having all the hardware and fun stuff which they will surely be issued with – pens that write upside down (wherever that is..), robot ‘friends’ and cool footwear – stories which provide meaning frameworks (or access to them) will be essential for the success (however defined, but primarily here ‘spiritual’ or ‘philosophical’) of our mission. I think that stories which are symbolic, or which are drawn from Taoism or the mystical varieties of various religious traditions would be more helpful in this since they are often precisely about the infinite, the eternal and the ineffable and how we can be at ease with these mind-shredding concepts. Nobody wants to end up like Major Tom.

So, our colonists should, in addition to space stuff, also be educated in, and equipped with, the writings of mystics or other stories which might provide transcendental insights as a kind of toolkit for the soul, a spiritual multi-tool, as ‘equipment for living’. Towards the end of Phillip Pullman’s The Northern Lights, the following exchange takes place:

“But…” Lyra struggled to find the words she wanted: “but it en’t true, is it? Not true like chemistry or engineering, not that kind of true? There wasn’t really an Adam and Eve? The Cassington Scholar told me it was just some kind of fairy tale.” (Lord Asrial replies) “…. think of Adam and Eve like an imaginary number, like the square root of minus one: you can never see any concrete proof that it exists, but if you include it in your equations, you can calculate all manner of things that couldn’t be imagined without it”

So. That’s that cleared up. Additionally, it comforts and amuses me to think of our brave and, by now, well-equipped astronauts blasting off into space singing the Taoism-for-Dummies National Anthem, “Que sera, sera, Whatever will be, will be..”. Now…let’s party. Where’s the corkscrew? 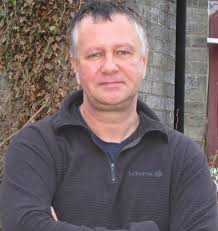 Alan Clarke is a Senior Lecturer in Media and Film Studies at York St John University.